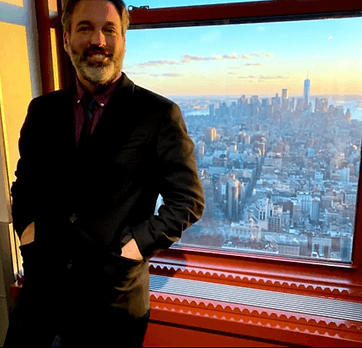 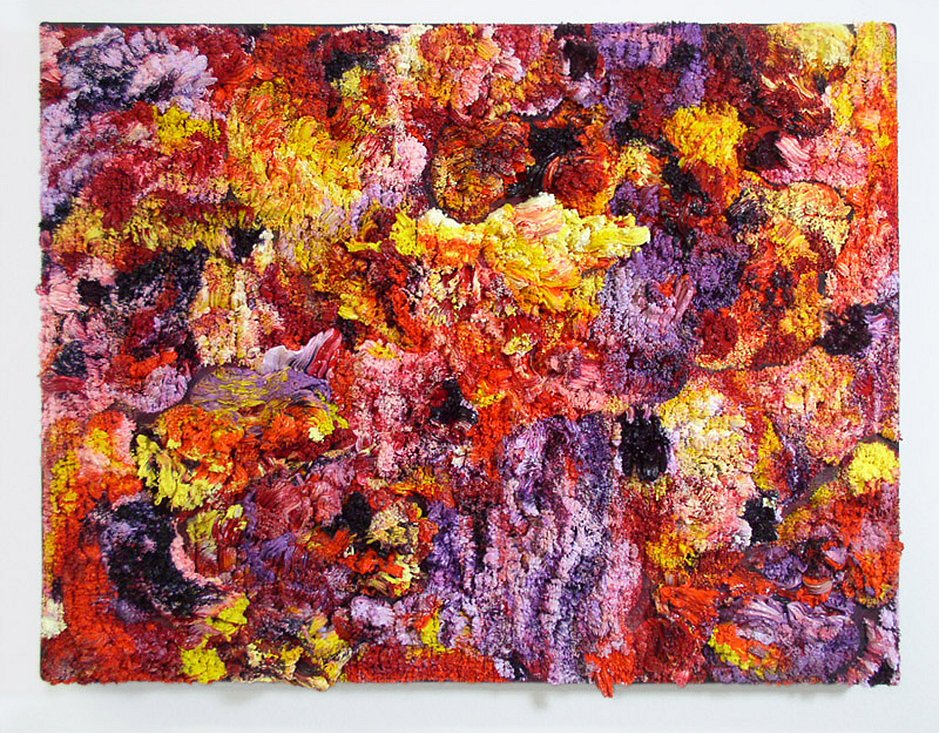 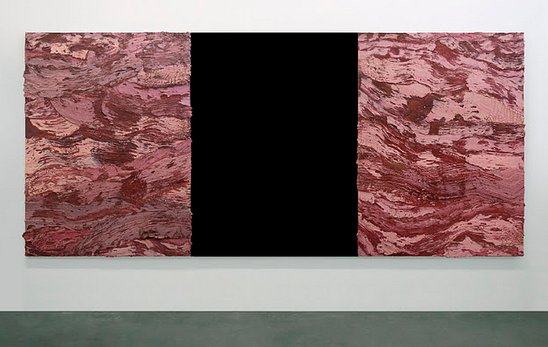 Grant Vetter, Collateral Damage (Triptych), 5 1/2 by 12 1/4 feet, Oil on canvas over board and car clear-coat sprayed over acylic.

With over twenty-five years of experience in the arts, Dr. Grant Vetter has served as a curator for Fine Art Complex (Head Curator and Executive Director), Artlink (Director of Curatorial Projects), Arizona State University (Galleries Director), Mesa Community College (Senior Galleries Coordinator), Autonomie Arts (Head Curator), and the Foundation for Art Resources (Curator and Board Member). The exhibition spaces that he runs have been recognized for being in the Top 10 galleries in the State by the Phoenix New Times and Fine Art Complex is known for “addressing topics at the forefront of American culture such as racism, sexism, and climate change” in addition to being awarded "Best in Exhibitions" by the city of Tempe. Dr. Vetter was named one of the top 100 Creatives by the Phoenix New Times and the projects that he has worked on at Artlink, ASU and Fine Art Complex have served the arts community by helping to grow the infrastructure of support for artists throughout the state of Arizona.

He currently teaches curatorial studies and art criticism in the Fine Art Program, the Global Studies Program, and the Museum & Heritage Studies Program at Arizona State University. In the past he has served as a teacher at the School for Science and Architecture (Sci-Arch), the Art Center College of Design (ACCD), the University of California, Irvine (UCI), the Norton Simon Museum and the California African American Museum (CAAM). Dr. Vetter has given talks at the Munroe Center for Social Inquiry at Pitzer, the Torrance Art Museum, the University of California, Long Beach, and many other venues. He regularly writes reviews of art exhibitions and is the author of The Architecture of Control: A Contribution to the Critique of the Science of Apparatuses (Zero Books 2012), which proposed an entirely new lexicon for how we can understand relations of power/knowledge in the twenty-first century. He is currently working on his second book, The Futures of Art and the Curatorial Generation.

Dr. Vetter completed his Post-Doc in the International Curators Program (ICP) at the NODE Center for curatorial studies in Berlin and holds advanced degrees from the European Graduate School (EGS), University of California, Irvine (UCI), and the Critical Theory Institute (CTI). He completed his undergraduate work at the Art Center College of Design (ACCD) in addition to taking classes at Associates in Art and the California Art Institute. He has also completed coursework at the Praxis Center for Aesthetic Studies in arts administration. During his time as a student, he was the recipient of the Bradford Hall Arts Scholarship, the San Marino League Arts Scholarship, the Pasadena Art Alliance Arts Scholarship, the Art Center College of Design Scholarship and a UCI Teaching Fellowship.

In addition to curating, teaching, writing, and editing books, Dr. Vetter has exhibited extensively throughout the U.S. and abroad. His works have been exhibited at the Pitzer Gallery in the Center for Social Inquiry in Claremont, the Werkstatt Gallerie in Berlin, LA><Art in Culver City, the Thompson Gallery at the Cambridge School of Weston, UCITY Art Museum in China, Gallery Lara in Tokyo, Torrance Art Museum in southern California, Runnels Gallery in New Mexico, Garboushian Gallery in Beverly Hills, and the Center for Contemporary Art in Santa Ana. He was the winner of the Orange County Grant for Painting, Drawing and Printmaking in 2007 and 2009, a winner of the international contest M.F.A. NOW and a runner up for the William and Dorothy Yeck award for Painting. His work has been included in exhibitions by curators like Lucy Lippard and Edward Lucie-Smith and recieved write-ups in Art Forum, the Los Angeles Times, Direct Art and other magazines. Today he lives in Tempe, Arizona, where he helps to support emerging and established artists gain wider recognition for their work.